Except for women who are trying to conceive, it is a matter of concern for a woman to have periods. The first thing that comes to mind before getting late is whether she is pregnant?  But let us tell you that this does not mean that the woman is pregnant. There can be many more reasons for this. Learn the important reasons that cause a woman’s periods to be late.

Periods or menstruation is a common process associated with every woman. Women have a menstrual discharge between three and nine days per month depending on age and health. Generally, if menstruation occurs and it does not start within a certain time, it is estimated that the woman is pregnant. For this reason, women keep an eye on their menstrual cycle, expecting a difference between children who do not want to have children or when they are disturbed, they get stress due to the symptoms of pregnancy. Such women should understand that the irregularity in periods is not only due to conceive but many other reasons given below can also be responsible.

A normal women and girl has a menstrual cycle of 28 days but it is not necessary that it should be same for everyone. Some women also have a period of 18 to 35 days. Here are some reasons why a period is late or missed. After reading these, you will get an idea of the reason for delay in your periods, then you can solve late periods with home remedies also.

Menopause
In many women, menopause occurs before the age of 40. Although this is not good, but it is true that sometimes menopause occurs in women before age. 1 in 100 women have menopause before age. If a woman is having any other problem other than delay in periods, then a doctor should be consulted immediately.

Stress
Stress is a disease that causes many more problems. Stress not only causes hair loss, sleeplessness, skin problems but also delays periods. This is because the part of our brain that produces hormones important for reproduction reduces hormone production due to stress.

some types of medicines that signal to your body to stop menstruation. Some antibiotics, birth control pills and antidepressants affect the menstrual cycle.

Women who are using contraceptive drugs due to contraceptive drugs, stop thinking that they can become pregnant anytime when the body takes several months to adjust with birth control pills. In such a situation, the menstrual period may be irregular

Exercise
Too much exercise also delays periods. This only happens when someone is training which involves extreme stamina and fitness such as a marathon or triathlon. While training, the body responds that it is using more energy. Due to this, the body starts saving energy and stops the rest. In case of more problems, reduce your exercise a little and periods will start back as soon as the body gets rest. 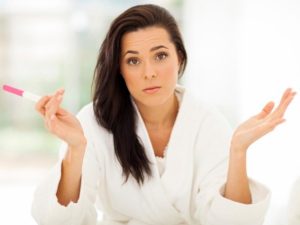 Excessive exercise requires strength for the body and if a woman goes to the gym too much exercise and burns it, then the body starts feeling weak and it falls on periods and they can be missed. .

Gold patterns of our sleep can affect our periods. For example, if you travel and change your bedtime, it affects periods.

A change in weight

If you are losing or losing weight. If your weight is changing rapidly, it causes many more changes in your body due to which the periods are delayed.  In addition, delayed or delayed periods can also be a symptom of endometriosis or PCOS and thyroid problems. Sudden weight gain is the reason why sudden weight loss or increase also affects menstruation. Loss or increase in weight causes hormones to change and periods go awry.

If you have been ill for a long time due to long illness and because of this you had to take medicines, even then your periods can be postponed for a few days. This is because some drugs affect the estrogen and progesterone labels.

Reasons for not having periods after marriage:

After marriage, the family’s responsibility of the woman increases but there are physical and mental changes as well, due to which the balance of hormones in the woman’s body starts deteriorating and problems of irregular periods start, but there is nothing to worry about. Changes in hormones are common after marriage and in such a situation it is necessary to seek the advice of the doctor from time to time. 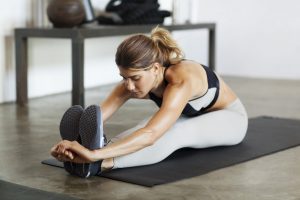 Other reasons for delay in menstruation