– Acha Ex Bf/Gf kaise bane – How To Be The Best Ex-Girlfriend/Boyfriend Ever?

There are many manifestos, wiki how guides, and “how-to” articles that entail how you could be the best girlfriend/boyfriend ever because normally that’s what people want to be. When you’re in a relationship, all you ever think about is how to be there for your partner and how to make them feel seen and loved. But what happens when your title goes from boyfriend/girlfriend to ex-boyfriend/girlfriend? Needing to be the best stops. You no longer feel like there’s a good need to be any kind of thing for that person anymore. But there is. When that happens, it’s time for you to decide what kind of ex do you want to be. Do you want to be the jealous ex, the angry ex, then let’s pretend we never knew each other ex or would you rather be the best kind of sex? Because believe me, if you’re the one who chooses to play nice, the ball will be in your court.

You’re allowed to get a little crazy and vent to your friends about your frustration and anger. The famous “mourning period” doesn’t all have to be “you badmouthing your ex whenever you get the chance”. The anger subsides quickly, but even after it’s gone, somehow we forget to act accordingly. Badmouthing your ex will only make you look petty and will hurt no one but you. If you’re insisting on revenge, remember that it’s a dish best served warm, not cold. So don’t be cold-hearted.

Even if not out loud, from the bottom of your heart, wish them well and even thank them. It might not have turned out the way any of you two wished or hoped, but you both helped each other get to where you are in life right now. No matter how much you two have fought as partners, you respected each other as people. So there’s no reason for that not to extend after the duration of your relationship. I wish them well and hope that they find whatever it is they’re looking for. And if they never knew what they wanted, wish that they do.

This is always an unfathomable move. Deleting old photos off of social networking sites doesn’t erase the history that you two had. If you’re only deleting them out of anger and hate, hold off on your decision. Because two months will pass and you will regret your rash decision. The only time this move is understandable is if something horrible went down at the end and you don’t want to keep even the slightest memento of your time together. But that would apply to delete photos you keep on your computer as well.

And especially be nice to their new partner if you get to meet him/her. The worst thing you could do is come off as a raging jealous ex who obsesses over their ex’s new partner. If you have the same group of friends and are bound to cross paths every once in a while, your poised efforts will be appreciated greatly by everyone around you. Sometimes it won’t be easy because every situation is different, but even if you won’t be buddies who hang out all the time, smile at and greet each other when you meet. After all, acting like strangers who pretend they never knew each other is the hardest thing exes could do.

Just because you don’t get to be the one who buys their birthday cake this year and plans their best birthday ever, doesn’t mean that they won’t appreciate a text message from you that wishes them a happy birthday. It’s a nice gesture and implies that you are at a better place in your life, that your emotions aren’t all over the place and that you care about them as a person. It’s only a two-word message but so worth it. (Of course, this only applies if you two are friendly-ish or your ex is a decent person) 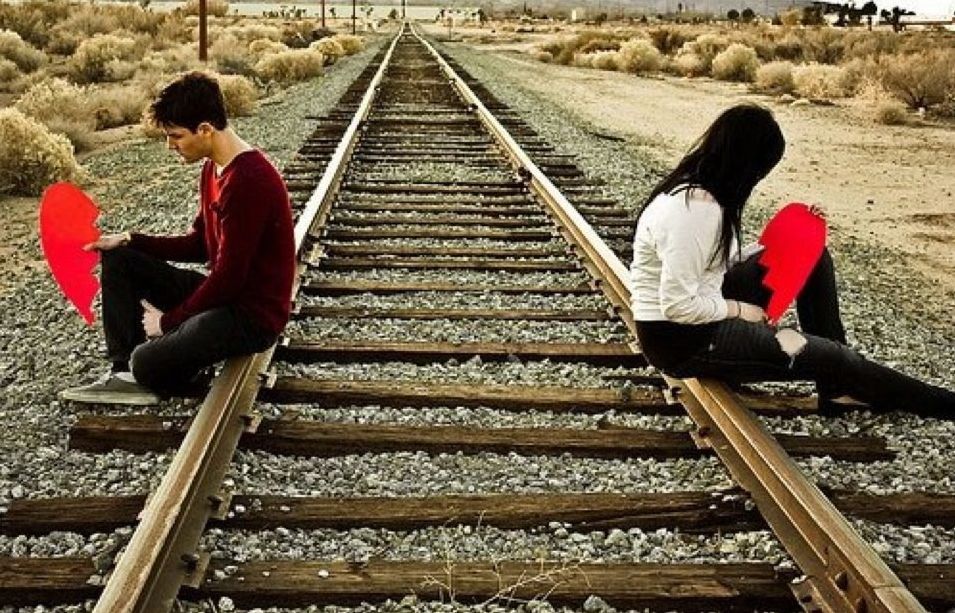 If during the time you were together, you got to meet many of their friends/family members, don’t just cut off all ties with them too because you two are no longer together. Instead, be an affable human being and wish their friends and family happy birthdays and congratulate them on other occasions as well.

Your ex liked you for who you are. So if you plan to be friends, get back together with them, make them feel worse, whatever it is; it won’t work unless you’re being yourself a.k.a the person he/she admired in the first place. For instance, if you plan to make them feel worse, remaining true to yourself will make them see that even your bad breakup didn’t turn you into a vindictive and resentful person. And in return, they will appreciate you as an individual.

On paper, this sounds like the perfect idea. You two already get along, you know each other’s quirks and habits and have the potential to be amazing friends. In real life, however, taking time and space away from each other is the right remedy for moving on. So hold back from uttering the words “but we can still be friends” because even if they agree, it will backfire and will end up doing more harm than good.