Are all the people who get up in the morning very successful in life?

There is no doubt that there are many benefits of getting up in the morning. After waking up early in the morning, you do some work, prepare breakfast and prepare for work.

So, do people who get up late are less successful? Do those who stay asleep for long stay incomplete? Is it really that the long-sleepers are neither successful nor healthy in life?

If you have this idea in your mind too, then take it out. Because an experience has revealed that the world is divided into two parts. There are half of people who like to get up in the morning. At the same time, half of the people like to sleep late and wake up late at night. Now it is not that half of the world’s sleeping population has failed in life.

Nearly a quarter of the people around the world like to wake up in the morning. At the same time, almost as many people like to stay awake till late in the night. Research has shown that people who wake up in the morning are more supportive. They are able to analyze any event correctly. Those who wake up late in the night in the case of imaginativeness take the lead. He likes to spend more time alone. 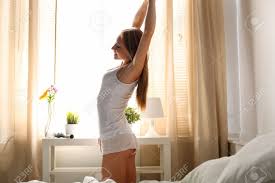 Benefits of getting up early in the morning

Many times research has proved that those who wake up in the morning are self-motivated. They work continuously. They also listen more to others. They have very big targets. They make future plans much better.

Reasons for not able to get Good Sleep in Lockdown

Waking up overnight are also successful

So far, it has not been proved with any research that waking up in the morning is a conditional recipe for success. Your body hormones are often released according to your body clock. Changing habit may worsen Horman’s coordination. Because the person who wakes up late in the night will wake up in the morning, then his body will feel that he is sleeping. Her hormen will be released late. This can have a very bad effect on health.