Although hair loss is a common problem, but when this problem remains for a long time, then the hair becomes thin and due to excessive fall, there is a state of baldness. Hair baldness not only occurs in men but also in women. Actually, the baldness of women is similar to that of men, only its pattern is different. The baldness of women is called androgenetic alopecia. Baldness usually occurs after menopause in two-thirds of women,  but nowadays, due to lifestyle, stress, hormone imbalance, the problem of baldness in women is increasing day by day.

Due to menopause, hormone balance is highest in women, which affects the hair. Lack of nutritious diet, excessive stress, poor sleep, frequent dandruff are also common causes of hair weakness. Baldness can also occur in women due to the release of hormones from certain types of endocrine or tumor. A study has proved that air pollution causes baldness in hair due to high concentrations of lead (copper) and copper and cadmium in high concentrations and zinc at low concentrations

Apart from all this, if you have problems with irregular menstrual bleeding, excessive acne and unwanted hair growth, consult a doctor. Due to all these, hair fall also starts.

Read more:These 6 oils are the cure for baldness

The process of hair growth slows down due to baldness. New hair begins to grow short and late. Due to the shrinking of the hair follicles, the hair starts thinning day by day, due to which the hair weakens from the root and starts to break and fall.

Yes, 50–100 hair loss a day is considered normal. But when these amounts increase to an extent, it becomes the primary symptom of baldness. In men, baldness starts from the front of the head but in women, baldness occurs in the entire head. The problem of baldness starts from where women are demanded. Complete baldness is not commonly seen in women, but the entire head hair becomes thin.

At what age can baldness begin?

Baldness in women is negligible before the age of 30–40, but the probability of baldness in women from 40, 50 and after is usually seen. In men, baldness is caused due to excess of androgen sex hormones, the same reason for baldness in women. Similarly, people who smoke too much or smoke cigarettes at an early age increase their chances of becoming bald soon.

By the way, it is often impossible to recover completely once baldness has come. Yes, if the right treatment is done in the first stage then the fallen hairs come back to some extent. But on any treatment, its effect is usually seen only after 12 months. 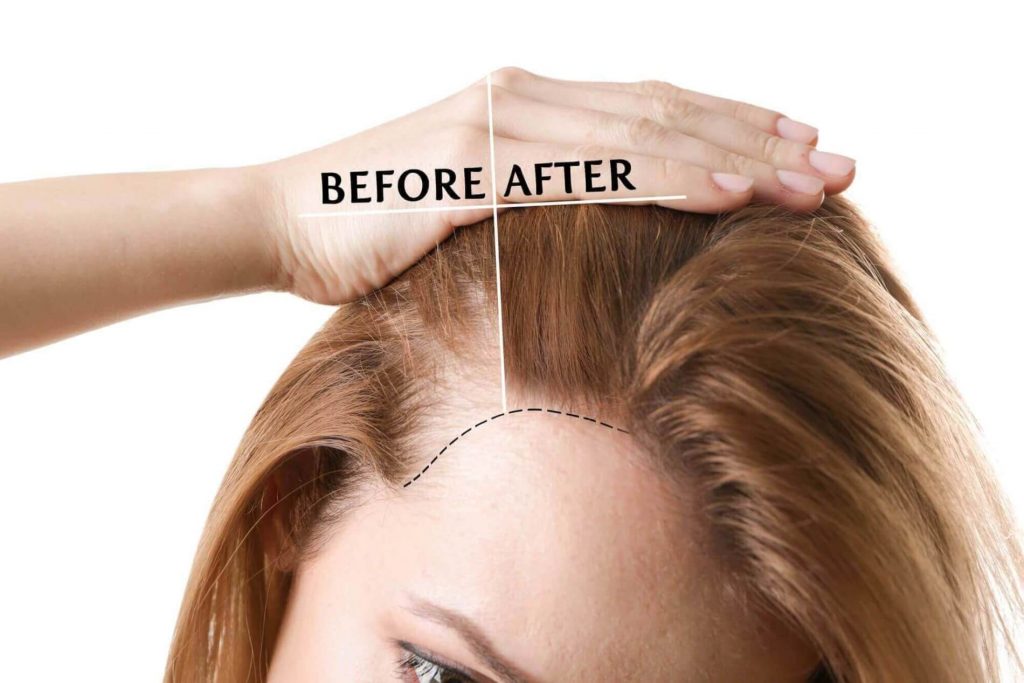 Can parental or heredity lead to baldness?

If the parents or relatives have bald disease, then there is every possibility of the child getting baldness  .

When should the treatment of baldness start?

As soon as you feel that your hair is already thinning or your  hair is falling on both sides of the demand, then a doctor should be consulted immediately. The sooner you start treatment, the sooner the hair fall process can be controlled through treatment.

Treatment for alopecia in women

This is the kind of medicine that Approved by the Food and Drug Administration (FDA). By applying this, new hair can grow in 6 to 12 months and appear thicker than before. But by applying it, one also has to face side effects, such as  dry skin, itching, red appearance etc.

In this technique, normal hair or synthetic hair is applied to the bald area. 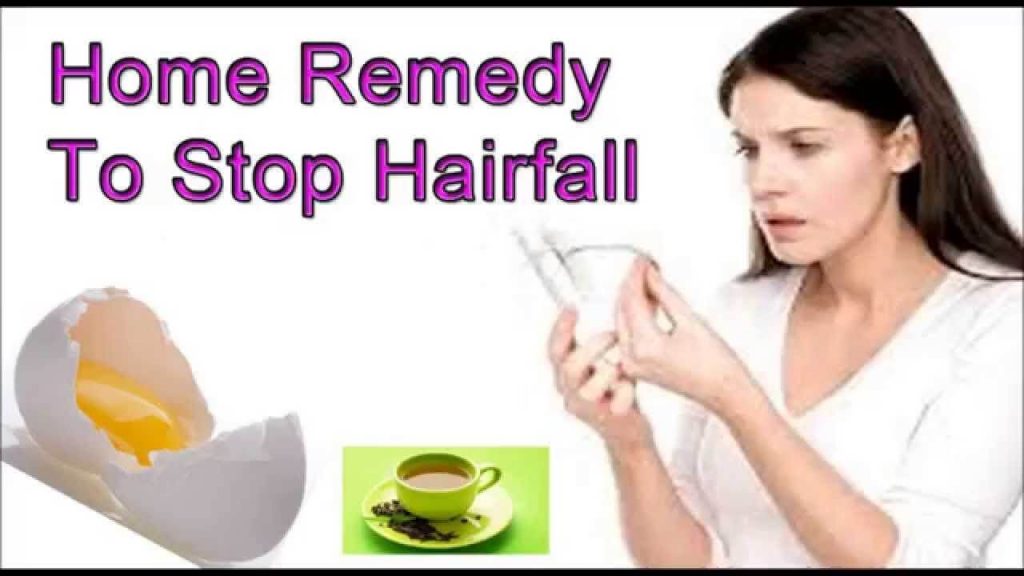 Read more:When the hair is cut wrong, these 5 methods will work to hide the useless haircut!

Laser treatment can reduce hair fall as well as alleviate baldness. Treatment of this makes the blood cells active and due to better blood circulation in the scalp, new hair starts growing [3].

People usually take various home remedies to reduce hair fall, but for this, the amount of remedy, the method of application, how long they should be used, there is no authentic fact on this subject. It depends only on people’s beliefs.

Alopecia can be treated to some extent by applying egg yolk to the hair, because hen eggs have a hair growth factor. It helps in the growth of new hair by developing cells.