Every relationship has its ups-and-downs, especially when you spend a lot of time with each other. Certain things will make you angry or upset which, in turn, can lead to an argument. It’s just a normal part of any relationship.

But even if you’re arguing, always try to keep communicating and stay respectful. And abuse or violence is never, ever acceptable.

Name-calling? Trying to make a person feel bad about themselves? Telling them they’re worthless? Grabbing, pushing, hitting? Sounds like you’re in an abusive relationship.

Good communication can prevent an argument or fight, by dealing with problems as they come up.

During an argument or difficult conversation, try to read your partner’s body language:

If they are not looking at you or are turned away, they probably aren’t listening properly.
If they raise their voice, their emotions are rising. They may feel they aren’t being listened to, and it might be best to put off the discussion to another time.
If they have their arms folded, they could be feeling defensive. So reassure them that you want to come up with a solution together.

No one is a perfect communicator. But by using these tips, we can all improve. See which ones work best for you and your partner – and for particular situations.

Here are some examples:

When your partner says or does something you don’t like

Your partner may not realise they’ve done or said something that you don’t like. So don’t start with accusations, yelling or cursing. Especially if there are other people around! This will make your partner embarrassed and angry.

You’re going wrong if you find yourself immediately shouting things like:

‘You bastard! I can’t believe you did that.’

Instead, a few minutes after the incident, when you’re alone with your partner, take a few deep breaths, and say something like:

‘I’m not sure you realised this, but I didn’t like…. (then you say the action/ thing they said) because…’

They may ask you what the problem is, so it’s good to be as specific as possible and say how it made you feel.

‘When you belittled me in front of your friends, it really upset me.’

‘When you didn’t call me this week, it made me sad, because I missed you.’

Try to build a solution together. Don’t tell them how to behave, but instead try to talk about what you can both do to avoid this situation in the future. For example, discuss what words/names you find offensive, or how often you can reasonably expect to see or call each other.

How to talk to your partner if you get jealous

Jealousy can be a hard feeling to overcome. It’s even worse if in the past your partner has cheated on you, or left you for another person.

To make sure jealousy doesn’t ruin your relationship, it’s important to talk openly before something happens. Talk about how you feel about your partner talking with people of the opposite sex – but remember that it shouldn’t be any problem for either of you to have friends of any sex.

If you notice your partner talking closely with another person, DON’T immediately accuse them of flirting or wanting to sleep around. Avoid saying things like:

‘I can’t believe you were flirting with that girl in front of me!’

‘I bet you wanted to sleep with that guy since you were talking so much with him!’

Instead both agree on how far is too much, and what actions make the other person uncomfortable – such as touching or holding hands with friends. If you really felt that your partner was flirting with someone, explain the situation and how it made you feel.

‘When you were talking with that girl, I felt ignored and it upset me.’

But your partner might feel they weren’t flirting at all. Be ready to accept that. After you have calmed down suggest coming to a solution together. For example, if one of you is talking to another person you don’t know, you could agree to introduce each other as boyfriend or girlfriend early on, so the new person knows you’re a couple. Find what works for you and your partner. 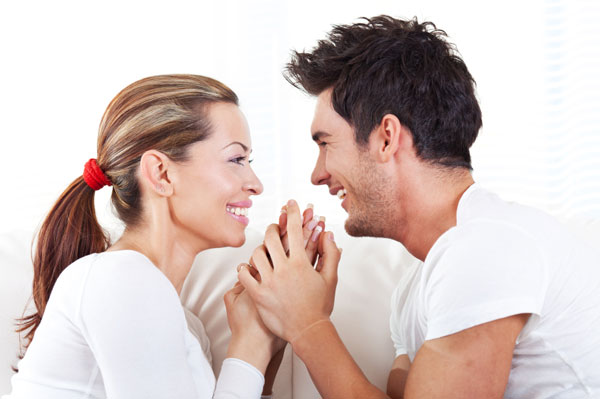 When they have done something to upset you

We all upset our partner without realising sometimes. So it’s good to let your partner know when you’ve felt upset. It doesn’t mean you don’t love them anymore, you are just trying to create a relationship where neither of you hurt each other. Point out what they said or did and ask why they did it. For example:

‘Why did you push me out of the way?’

After your partner has listened to what you’ve said, they may agree or disagree. DON’T get into a debate about whether the action or statement was intended or not, as this will lead to an argument. Instead explain calmly, how that action made you feel (sad, angry, hurt, etc.) and how you prefer it not to happen again.

‘I hate it when you shout at me as it makes me sad for the whole day.’

‘Don’t push me as it isn’t respectful and it hurts.’ 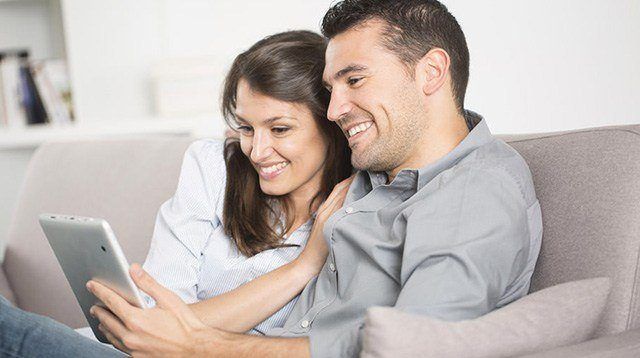 After explaining the problem, move on to discuss possible solutions together. Say what you would like to happen and don’t focus on what you don’t want. If one of you gets angry, then perhaps it’s time to come back to the discussion later.

Physical violence is never acceptable, and if this does happen, talking may not be enough to solve your issues.

Remember, the same goes for when you’ve done something to upset your partner. It can be difficult to admit you were wrong. We can all lose our patience or make mistakes without realising it. But what’s important is the actions you take afterwards. Think about how your actions may have affected your partner, listen to what they have to say and pay attention to their feelings. Then discuss how you can both make things better in future.

How to talk about important life decisions

Starting a conversation about such things as marriage or starting a family can be difficult. Timing is important. And the less emotional you are, the better – if you’re upset, it will only make it more difficult to properly communicate.

Start the conversation when it seems both of you can concentrate – such as when you’ve just shared a nice time. Begin with a positive. For example:

‘I just want you to know that I appreciate what a great listener you are.’

‘I love that I can be myself around you and we have such fun together.’