Falling in love is a matter of two people, but the degree of fall in love is different. Some people fall in love and soon forget after separation, because this affection does not affect each other very much, it may be just a short fall in love. Some are difficult to come out after being separated, because this affection has a profound impact on him and is a wonderful journey in his life. For men, these four kinds of women with emotional experiences make him the most difficult to forget.

First love is the most beautiful and most memorable. This sentence applies not only to women but also to men. Many men have several emotional experiences, and the first thing that makes him most difficult to forget is the first love. Because of the feelings of first love, men often put a lot of time and energy into themselves and pay a lot for each other. First love often also allows men to have a lot of emotional growth. It is precisely because of these investments and growth that it is hard for men to forget. Although he failed to reach the end with his first love, he must be very grateful to her. After all, she let men grow up a lot and knew how to deal with emotional matters.

2. Both men and women are very loving, but the woman died for some reason

This is actually a very unfortunate result. None of us want to see it. We all hope that people in love can be happy together forever. But this unfortunately does exist, and we cannot escape. There are many such reports online. I once read an article. The heroine of the article was unfortunately killed during the Wenchuan earthquake in 2008. The male protagonist has been living in the memories of the female protagonist for the next 9 years. He never went to find another relationship, because he has never forgotten the heroine, bit by bit with her, has always appeared in the mind of the heroine. 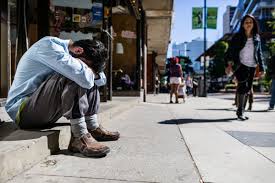 3. Bring a lot of happiness and good memories to women when they are together

When two people fall in love, some people live an ordinary and simple life, some people love vigorously, some make a lot of noise, and some have a lot of happiness. Anyway, two different people have different ways of loving each other. When a man and a woman are together, if the woman brings a lot of happy and beautiful time to the man in the time together, then for a man, this relationship must be hard for him to forget. After all, because of her, he had such a good memory.

4. He loves a woman deeply and pays a lot for her but ultimately fails to reach the last woman

Feelings can be said to be equal or unequal. Some feelings pay the same amount, while some pay more. In life, there are many such feelings. At the beginning, the woman didn’t feel the man, but the man continued to give. In the end, the woman chose to be with him. In fact, the woman didn’t love him that much. Often many of these feelings are many without results. But for men, such feelings are hard for him to forget, because he has put too much energy into them, and these efforts are also a growth for him.