Why is cinnamon beneficial in weight loss?

The benefits of cinnamon have been seen to reduce obesity. According to research by several research institutes published on the website of NCBI (National Center for Biotechnology Information), cinnamon supplements can significantly affect obesity. Polyphenolic compounds with anti-obesogenic properties are found abundantly in cinnamon. Intestinal lipid absorption is prevented by polyphenolic compounds, which may help reduce weight (1). From this research it can be inferred that it can be used in obesity as well as weight loss.

Next we are explaining how cinnamon can be used to reduce obesity.

How to use cinnamon to reduce obesity?

You have already read above about how cinnamon is beneficial in weight loss. Now here we are explaining how cinnamon can be used to control weight.

1. Mix cinnamon powder in a cup of water.
2. Boil it till the quantity of water remains half.
3. Then filter the water and put it in a cup.
4. Now mix honey and lemon juice and eat it.

A research on animals has been published on the NCBI website. According to this, the intake of honey can reduce blood sugar levels and prevent weight gain. This research done on the rat found that honey has antiobesity properties. This property can help in reducing weight as well as controlling weight (2). The benefits of lemon have also been seen to reduce weight, the polyphenols present in it may help control obesity (3).

1. Boil cinnamon powder in a cup of water.
2. Let the water cool to room temperature after boiling.
3. After this, mix apple vinegar well in this solution.
4. Then consume it.

Apple vinegar can have benefits for weight loss. A research institute in the Netherlands researched this topic. In research, they found that apple vinegar can prove useful in reducing the weight of women. In addition, this method of weight loss can also be used by body builders (4). Apart from this, it has the property of reducing the level of sugar present in the blood, which can prevent weight gain to some extent. Also, the amount of acidic acid found in it can also be helpful in controlling appetite. In this way, obesity can be prevented from growing. According to a research, some people consumed two teaspoons of apple vinegar for three months. They were found to lose weight after three months (5). 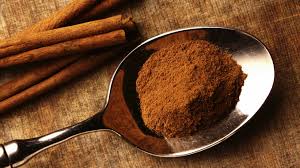 Read more:Jeera water for rapid weight loss: Reasons, Recipes and How to Make it Happen

1. Soak cinnamon bark in a cup of water overnight.
2. Take out the water in a glass of glass in the morning.
3. After this, add chopped mint leaves and lemon juice.
4. Take it after this.

Most people are aware of the uses and benefits of mint leaves. One of them includes controlling weight. According to research published on the NCBI website, peppermint can usually be used to prevent disease. Also, Peppermint can be beneficial in reducing stress and weight loss. It is an excellent medicine used in weight loss and improving digestion, which can help improve gastric and bile secretion and intestinal function (6).

1. Mix oats in milk and boil it well.
2. Cook it until the oats become soft.
3. After cooking, drain it in a bowl.
4. After this add banana slices, cinnamon powder and honey.
5. After this, eat this delicious breakfast.

Research on mice has found that the use of oats can be beneficial for health. According to research, oats contain beta-gluten content. Due to this nutrient found in oats, consuming oats can reduce obesity and abdominal fat. May also help improve lipid profile and liver function (7).

1. Put oil in a pot and heat it.
2. Now add cinnamon bark, cardamom and cloves and fry for about 30 seconds.
3. After this add onion and cook till it turns brown.
4. Now add ginger and garlic paste and cook for about a minute.
5. Then add chopped carrots and peas and cook this mixture for about 2 minutes.
6. After this add brown rice and fry for about 15 seconds.
7. Now add water and salt in the vessel and let the rice cook.
8. Once the rice is cooked, sprinkle roasted cumin powder on top.
9. Finally garnish with chopped coriander leaves and consume it.

The use of brown rice can be beneficial to reduce weight. Several research institutes conducted research on this subject, which was published on the NCBI website. Research has found that incorporating brown rice into the diet can help to overcome many health problems as well as control obesity (8). 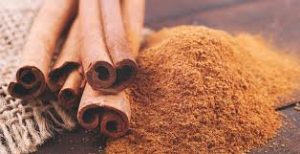 Read more:Intake of flaxseed for weight loss: All you need to know.

6. Cinnamon and turmeric milk at bedtime

1. Mix cinnamon and turmeric powder in a cup of hot milk.
2. Mix it well.
3. Drink this milk before bedtime.

The use of turmeric is common in every Indian kitchen. Apart from this, turmeric milk has many benefits for health in many ways. Reducing weight is also one of these benefits. According to a research published on NCBI, turmeric contains an ingredient called curcumin. This component may be beneficial in reducing weight and controlling obesity.

After the benefits of cinnamon in weight loss, know about the harm caused by it.

Side Effects of Cinnamon (Dalchini)

While cinnamon is beneficial on the one hand, if it is used in the wrong way, then it can also have its disadvantages. Here we are talking about the damage caused by cinnamon.

Cinnamon contains coumarin, which has a hepatotoxic effect, which can damage liver cells. It also has a carcinogenic effect, which can cause cancer. Therefore, if cinnamon is consumed more, its fatal effect can be seen. Consuming excessive amounts of cinnamon can cause gastrointestinal disorders, such as intestinal problems. Also, people with sensitive skin may be allergic to it. Its intake can be harmful when the amount of sugar in the blood is low, as it has the properties of reducing the level of sugar present in the blood . You have learned through this article how cinnamon can be beneficial in weight loss. Cinnamon can be consumed with many foods. Along with this, one more thing to note is that cinnamon should not be consumed in large quantities, otherwise its harmful effects can be seen. Also, before using cinnamon to lose weight, be sure to consult your dietician