Period me Bleeding Kam Hona – Menstrual problems arise in women due to many reasons, one of them is the lack of menstrual periods or periods in short periods. During menstruation, there can be various reasons for less bleeding or bleeding such as nutritional deficiency in food, improper lifestyle, or more stressful living. There are many problems in women due to menstrual disturbances, such as the occurrence of fertility or problems in getting pregnant, weight gain, the formation of glands in the ovaries, loss of appetite, loss of hair on the face, menstruation All these symptoms of hormonal imbalance are found in this problem.

What is Light Period?

All diseases in Ayurveda are due to imbalance of Vata, Pitta, Kapha. Similarly, problems related to menstruation occurring in women are also the result of an imbalance of defects. This is due to nutritional deficiencies in the diet, and improper lifestyles, or other reasons. Many women have the problem of less bleeding menstruation in periods. Low menstrual bleeding is also sometimes dangerous. If you also have less bleeding in periods, then definitely talk to the doctor about it. Apart from this, including the right food in the diet can also relieve the pain of periods and less bleeding menstruation. Women should be alert when bleeding occurs in periods. Let’s know what are the causes of low bleeding in menstruation. How can you get rid of this problem?

Also Read –What is Menstruation? | Get Facts About Having Your Period

It is normal for women to have low menstrual flow in the first 1–2 years, or to have a difference in their menstrual interval when they start menstruation, but if this happens for a longer period of time, it is considered a disease. It can be caused by any uterine disorder, hormonal imbalance, nutritional deficiencies in the diet, and excessive stress or labor. In most cases, it is due to uterine disorders, or the formation of glands in the ovaries. This condition should not be considered normal. Home remedies should be taken if these symptoms of low menstrual bleeding are seen.

Causes of Less Bleeding During Period

There are many reasons behind less bleeding menstruation, of which these are the main –

-Having thyroid problems such as Thyrotoxicosis

-Hormonal changes that occur before menopause.

-Not taking proper diet such as lack of essential nutrients in the diet.

-Having a very stressful life or depression.

-The formation of glands in the ovaries, which is also called Polycystic ovarian syndrome.

-To suffer from a long illness.

-The uterus or have a creative disorder in the uterine tube.

-Taking any type of steroid.

-This problem is seen more in female athletes because they have more physical exertion and exercise. Reduced bleeding during menstruation is not an independent disease in itself. It is a symptom caused by uterine disorders and hormonal imbalance. Deficiency in menstrual bleeding is seen due to glands in the ovaries, also called Polycystic ovarian syndrome. This disease is more likely to be due to heredity, so the reduced monthly secretion due to this disease can be seen genetically.

Add a pinch of turmeric to the hot water and start drinking it two to five days before the scheduled date of menstruation. This remedy corrects the problem of low menstrual bleeding.

Carrots contain carotene, which increases estrogen levels in the body. Its menstruation occurs openly and time. Eat two to three carrots a day. Carrot intake is very useful in relieving the problem of hormonal problems.

The effect of sesame quality is hot, so ten days before the start of menstruation, eat a spoonful of sesame seeds mixed with jaggery. It corrects the problem of low bleeding during menstruation.

Eat one teaspoon of ginger juice mixed with one teaspoon of jaggery. This remedy is very beneficial in menstrual irregularity. For a better solution consult an Ayurvedic doctor.

Also Read –What is Menstruation? | Get Facts About Having Your Period

Eat papaya fruit. The carotene present in it stimulates the estrogen hormone. Due to its use, menstrual discharge is timely and open.

Drink a decoction of coriander and fennel seeds once a day. This remedy also gives benefit to less menstrual bleeding. You should know about their use from an Ayurvedic doctor.

Fenugreek has many useful properties. Take one teaspoon of fenugreek with hot water on an empty stomach in the morning. This remedy gives benefit in less menstrual bleeding. 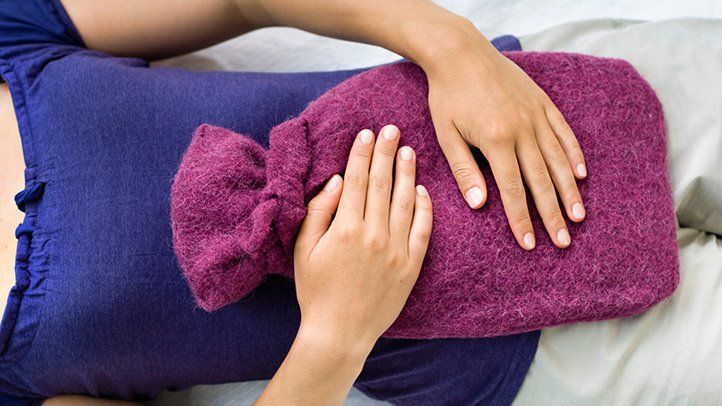 Your Diet and Lifestyle During Light Period

-Include the right amount of nutrients like vitamins and minerals in your diet.

-Make a habit of living a stress-free life as much as possible.

-Do Pranayama and Yogasan regularly in the morning.

-Eat junk food and preservative-rich foods to a minimum.

When to Consult a Doctor?

If menstrual problems, i.e, one or two years after the onset of menstruation, decrease in bleeding can be due to an ongoing disorder or hormonal imbalance in the body. Along with this, symptoms like weight gain, thyroid problem, depression, etc. can also occur. In such a situation, proper treatment should be taken after consulting a doctor.