Mansik Pagalpan – Insanity is a serious brain disorder in which people interpret reality as abnormal.  A type of insanity can result in hallucinations, delusions, and some combination of extremely disorganized thinking and behavior. A mad person is incapable of thinking and making decisions just like the general public mindset.  He has to depend on others.  If insanity is very serious, then such a person is a threat to society, he can also hurt and harm himself.  So many times such a person is kept in a mental asylum where apart from his care, efforts are also made to get treatment.  And the people affected are taken care of by taking care of them.

Medically insanity is of three types:

Schizophrenia is a mental illness that usually appears in a person in childhood or in late adolescence.  This mental disorder is characterized by hallucinations, delusions, and various other cognitive impairments.  Schizophrenia can be a lifelong struggle for people affected by this disease.  People suffering from this mental disorder hear sounds and sounds that are not in reality.  Some patients with schizophrenia feel and are forced to think that others are reading their mind or plotting against them or controlling how they are thinking. Schizophrenic patients are often withdrawn and sometimes feel upset or sometimes perform radical actions. People living with schizophrenic patients often find it difficult to understand what the patient is talking about.  In some cases schizophrenic patients become completely stable for several days.  On other occasions, schizophrenic patients, when they feel fine, begin to explain what they are really thinking.  It is a fact that patients suffering from this mental illness go away.  It also affects their friends, families and society.  A large proportion of schizophrenic patients have to rely on others for their daily lives, as they are often unable to hold jobs or take care of themselves.  Many schizophrenia patients also oppose their treatment. They feel that they are normal, and there is nothing wrong with them.

What doctors say about schizophrenia:

However, schizophrenic patients with proper treatment can also lead productive lives.  But they are few, as most schizophrenic patients have to cope with their symptoms throughout their lives.  In many cases this mental disorder develops so slowly that the patient does not even get a chance to know that they have been suffering from schizophrenic for many years.  There are many victims of this disease, who have suddenly suffered from schizophrenic.  The disease affects about 1% of the global population.  Experts of this disease say that this mental disease has masked many diseases as one.  Many others also state that schizophrenia is the result of impaired neuronal development in the fetal brain, which emerges as a complete disease later in their lives.

There is evidence that suggests that both environmental factors and genetic factors work together to bring about this tragic and endless disease.  Which means the condition has a congenital genetic element but is also triggered significantly by environmental factors on the patient.  People who have no history of schizophrenia in their families have less than 1% chance of being affected by the disease.  On the other hand, for those who have a family history of schizophrenia in their family, the risk is as high as 10%.

Some experts of the disease suggest that an imbalance of a neurotransmitter, called dopamine, is involved in the onset of this mental illness.  However, other neurotransmitters such as serotonin are also used in solving this disease. 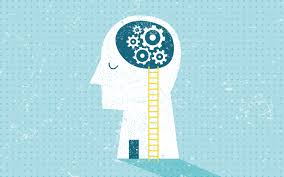 Read more:Try Out This 6 Ways If You Are Looking To Improve Mental Health

What is mental illness?

Mental illness is also known by the names of psychosis or mental health disorder etc. In the case of mental illness, the process of mood, mood, temperament, etc. of the person is affected and the person has no control over his feelings etc.

There are mainly 5 types of mental diseases, which are as follows-

What are the symptoms of mental illness?

Mental diseases can happen to any person who has some symptoms of his own. If a person sees the following symptoms, then he should immediately go to the doctor and start his treatment as these can be signs of mental illness-